How Could the New Biden Administration Affect My Money? 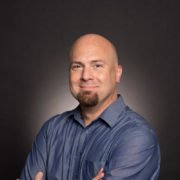 President-elect Joe Biden will come into office against the backdrop of a raging pandemic, a jittery economy, simmering social unrest, and a sharply divided country. With so many Americans struggling right now, how will the incoming administration’s efforts affect your financial wellbeing?

Whether the Biden administration policies you may have heard about will improve or hurt your financial situation depends on your income and other specific factors. However, the following economic policies proposed by the incoming president are the ones most likely to have a significant impact on your pocketbook. Let’s take a closer look.

Tax reform is unlikely to happen right out of the gate, although a new tax bill may be proposed before the 2022 midterm elections, while Democrats still have control of both chambers of Congress. According to the website, the Biden tax policies would reverse many of the policies implemented by President Trump’s 2018 tax law. The biggest changes would involve an upward shift in the tax burden, raising the rates on wealthy households and corporations.

Since Congress has the sole power to draft and pass legislation, Biden’s proposals amount to a wish list, and a guide for what he would be willing to sign into law. Here are some highlights of the proposed Biden taxes and policies:

Other Biden tax proposals include an increase in child tax credits, an increase to the corporate tax rate (including a 15 percent minimum tax on certain corporations that pay little or no taxes), tax credits for home buyers and renters, an increase in taxes on inherited assets, and the elimination of certain tax breaks for real estate professionals.

Takeaway: Any new tax law under Biden would most likely increase taxes on the wealthy and increase tax benefits for moderate to low-income Americans.

The most recent extension of federal COVID-related unemployment insurance (UI) benefits ends less than two months after Biden takes office, but there are plans to extend that further. The new administration has also proposed “short time” UI programs that allow employers to cut back on hours and avoid layoffs, while ensuring workers have enough income to get by. These programs are called “work sharing” and more than half of all states have already implemented similar programs, including for example, California.

The Biden administration also is pushing for programs that would immediately create jobs for the unemployed and underemployed, including roles that would help address the COVID-19 crisis, such as contact tracers. Another proposed job creation strategy is to inject more capital into training and spending on infrastructure and other industries such as education and clean energy. In addition, the incoming administration has pledged financial aid for state, local, and tribal governments to help them support essential workers.

Takeaway: Look for extensions to UI benefits, and increased support to state and local government programs.

Given the fierce debate over the government’s role in healthcare coverage, it’s not clear how Biden will approach modifications and expansions to the Affordable Care Act (ACA). Still, the access to healthcare is a major concern for the majority of Americans since nearly one-third of Americans have medical debt.

One of the Biden administration’s plans for healthcare is to reintroduce the public option that was removed from President Obama’s initial proposal for the ACA. Similar to Medicare and more affordable than private insurance, the public option would also be made available through employers, many of whom struggle with the high cost of health care for their employees.

The stated goal of Biden healthcare is to cover at least 97 percent of all Americans. Proposed changes which could affect your healthcare costs include:

Biden’s healthcare proposals don’t end there (according to his administration’s pre-inaugural website), and include other proposals to help lower the cost of drugs and procedures, while ensuring care providers are fairly compensated.

Takeaway: Most proposals would expand the ACA in some way, but as this is a divisive topic, it is unclear what Congress would approve.

Other measures to make college more affordable and more accessible — particularly for those impacted by the racial wealth gap — include making community and public colleges tuition-free for students from lower-income families and doubling the value of Pell Grants.

Takeaway: The new administration is focused on at some form of student loan forgiveness and expansion of access to higher education for lower-income students.

The Consumer Financial Protection Bureau (CFPB) created during the Obama administration hauled in more than $12 billion in fines under its first director. However, under the Trump Administration, it has been far less aggressive. For example, according to the Brookings Institution article linked here, the bureau collected a total of $8 in fines during the second quarter of 2020.

The intended purpose of the CFPB was to serve as the consumer watchdog for abuses by financial institutions. By naming a new director, ensuring proper funding, and restoring its intended enforcement role, under Biden the CFPB will be better able to tackle new goals such as limiting excesses by payday lenders and other institutions considered to be predatory. In addition, the CFPB could go after the flood of financial scams that have proliferated in the wake of the COVID-19 crisis.

Aside from enforcement actions against bad actors, the Biden team also hopes to update financial regulations that would make loans and other financial products more accessible to a wider range of Americans.

Takeaway: More actions by the CFBP could protect consumers from predatory or unfair actions by financial institutions.

How to prepare your finances for the Biden administration?

Given the nature of politics, you may not want to make any drastic financial decisions before any changes are implemented. If you are a high net-worth individual, you might consider firming up your estate plan (perhaps transferring wealth before any changes to the estate tax) or asking for expected bonuses to be paid earlier than usual.

If you are one of the many Americans who don’t fit into this category, you can consider the following:

While you shouldn’t make any hasty moves before any of these policies have been implemented or even introduced, it’s worth thinking about what may lie ahead and seek advice if you think your finances could be affected. Everyone’s situation is different, but President-elect Biden’s economic policies just may help brighten your finances in 2021, and beyond.

Take control of your finances, regardless of who’s in the White House

Learning how to deal with debt, money, and planning for your future doesn’t need to be so hard, even when a transition in federal leadership causes uncertainty. Getting ahead of the curve when substantial economic policy changes are on the horizon is important, but managing your personal finances is a lifelong endeavor. Our easy-to-follow debt guide will help you find the tools you need to realize a better financial future. Get started today by downloading our free How to Manage Debt guide.

We Weren’t Saving for Retirement Before, Now it’s Even Harder
Read more
Need to Skip a Loan Payment Because of COVID-19? Talk to Your Lender Now
Read more
Top 10 Money Saving Apps of 2020
Read more
5 Money Management Skills to Help You Improve Your Finances
Read more