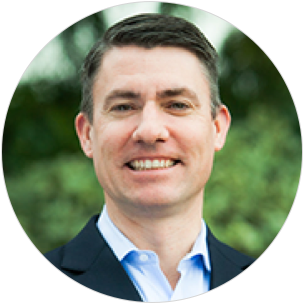 In our society, debt has a stigma attached to it. Too often, people who find themselves overburdened with debt are too embarrassed or too ashamed to seek help. They feel their situation is somehow a reflection on their character. But if there’s one thing I’ve learned during my 17 years working with consumers in my role as co-CEO of Freedom Financial Network, it’s that absolutely nobody is immune from becoming overwhelmed by debt. We work with Americans from all walks of life, who fall behind on their accounts through no fault of their own. A child gets sick; a spouse gets laid off; they get divorced; or, they find themselves at the center of some other hardship.

But, in recent years, another financial hardship is compounding the problem. As the costs of tuition and room and board associated with higher education have risen astronomically, millions of young Americans, eager to achieve a four-year degree, have taken on more and more student loan debt. Unfortunately, for many of these young Americans, their student loan debt burden buries their financial future before they have even had the opportunity to start their adult lives. The total national student debt stands at $1.6 trillion and rises by the day. With college graduates starting careers already knee-deep in debt, they are facing a much higher probability of winding up in financial disaster. We recently commissioned a public opinion survey to examine the broader impact of student debt on students and their parents. The results were alarming, to say the least, and I recently wrote about them here.

We then distributed the survey to our own Freedom Debt Relief clients. We wanted to get a better sense of how impactful student loan debts are to those consumers who have endured a financial hardship and are struggling with their finances. We asked 475 college attendees/graduates and 235 parents how their financial situation has been uniquely impacted by the cost of college. Keep in mind that our clients are typically tens of thousands of dollars in credit card debt, so these numbers speak to the unique impact of student debt for those already in challenging financial situations.

An astounding 58 percent of our clients said the cost of college has caused them to feel overwhelmed about their financial situation. More than half said they can’t save any money because of college costs. This was a deeply concerning finding. The majority of clients we surveyed aren’t just experiencing credit card debt issues, but educational debt issues too.

Of our clients who have children in college, 35 percent said the cost of a child’s college has made them feel overwhelmed about their financial situation and 29 percent said they can no longer save for retirement.

Along with the survey, we had our researchers quantify just how much student loan debt factors into our clients’ overall struggles with debt. The results were shocking. We found that for the 29 percent of our clients with student debt, the average student debt load is $43,606 – roughly one-third higher than the national average of $32,731. As the student loan debt crisis continues to grow, millions of Americans are sitting on the brink of financial disaster, fueled by ever-increasing student debt loads.

The data tells the story of a clear and present danger to millions of Americans across the country and to the economy as a whole. Our leaders can’t sit back and allow consumers’ financial health to be increasingly jeopardized by unmanageable student loan debt. The solution won’t be easy and can’t be made with a magic wand, but by raising our collective voice, we can initiate a conversation in DC.