What Is the Community Reinvestment Act? 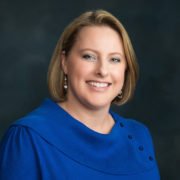 The Community Reinvestment Act (CRA), was created in 1977 to encourage banks to make loans in the communities where they operate, especially in low- and moderate-income (LMI) neighborhoods. The intention was to combat racial and socio-economic discrimination in lending. Unfortunately, the need for these incentives still exists more than 40 years after the CRA was first signed into law.

While regulators update the CRA for modern times, Americans can use the CRA rankings to intentionally bank with financial institutions that engage in equitable lending practices.

Why it matters: The Community Reinvestment Act and social justice

Sometimes banks accept deposits from their customers in LMI communities, but then are unwilling to loan money to those same people, preferring instead to lend to wealthier customers. The rationale for this is that low-income individuals may seen as riskier to lend money to because they may have less money in savings, more debt, and a more unstable job situation than people in more affluent communities.

However reasonable this may seem on the surface, the fact is that it leads to discrimination against poorer individuals and people of color. It may be that more loans are offered to white applicants than to people of color, due in part to the fact that white households often have more financial resources than minority households.

The result is a significant wealth gap. Without access to loans to invest in home ownership, businesses, and debt relief, poorer individuals are not less likely to be able to significantly improve their financial situation.

This broad discrimination, along with other factors such as discrimination in mortgage lending, continues to contribute to a wide financial gap along racial lines. Consider these sobering statistics:

The Community Reinvestment Act was created to give banks an incentive to lend to people in the communities in which they’re located, especially in LMI communities. By holding banks publicly accountable for who they are lending to, the Act incentivizes banks to provide equitable lending opportunities to the people who need them most. Here’s how.

How banks are held accountable

Under the rules of the CRA, each bank is evaluated by one of three government regulatory agencies:

The CRA evaluations are publicly available and may be taken into account when banks apply for permission for actions that are beneficial to their business such as mergers, acquisitions, and opening new branches. A bank can receive one of four ratings:

Since the CRA is over 40 years old, it has gone through some updates to make the ratings criteria clearer and tighten accountability. Now, with racial tensions in America increasing, the CRA is being revised once again.

Updates to the Community Reinvestment Act

No regulation is perfect. It’s not uncommon for there to be loopholes and unintended consequences in our laws, and changing times may require updates as well. The CRA has gone through several legislative changes since it was originally created in 1977, with major changes occurring in 1995.

There may also be regulatory changes when agencies that evaluate banks update their evaluation criteria. While the four ratings have not changed over the years, the agencies can clarify and update the way they examine each bank and give it a rating.

In June 2020, the Office of the Comptroller of the Currency (OCC) updated its rules to make it clearer what activities will lead to a better CRA rating. The new rules went into effect on October 1. In September, the Federal Reserve announced that it will be updating its CRA guidelines as well, and is inviting public comments. If you’d like to be part of this process, you can make your comment here.

The FDIC website also lists its examination schedule for banks, and provides a place for consumers to comment about an upcoming CRA examination.

How to look up CRA ratings for banks in your area

You may be wondering how the financial institutions you work with rate according to the CRA criteria, and what you can do to support banks with a stronger CRA rating.

First, be aware that the CRA only applies to banks, not credit unions. Credit unions are nonprofit financial institutions owned by the members who bank there. Only local consumers can be members and apply for loans, so the very design of the institution leads to them serving the local community without the need for additional incentive.

To look up your local bank ratings, you can use the links below. The first three will only show results for banks that are regulated by that specific agency, but the FFEIC link will search across all regulatory agencies.

When you look up big national banks such as Wells Fargo, Bank of America, or Chase, you’ll see that each branch is listed separately, and each branch may have different ratings. It may be helpful to only look at the branches in your town or any other location you are specifically interested in.

If you want to give your business to a financial institution that supports equitable financial access in your neighborhood, here are two ways to do that:

The more aware you are of how the companies you bank with support—or don’t support—your local community and people like you, the more power you have to vote with your dollars when you give financial institutions your business.

One of the ways that underbanked Americans may be at a disadvantage is when it comes to paying down debt. They may not be able to get access to low-interest loans to get debt under control and may think that bankruptcy is their only option. But there are at least five different ways to tackle debt—download our free How to Manage Debt Guide now to learn about them all. Whatever your financial situation is, you deserve to know your options!

Sara Korn is a freelance writer who enjoys guiding people to helpful solutions and new and better ways of reaching their goals. She loves stories both on screen and on the page, and is passionate about learning, growing, and teaching.

Sara Korn is a freelance writer who enjoys guiding people to helpful solutions and new and better ways of reaching their goals. She loves stories both on screen and on the page, and is passionate about learning, growing, and teaching.

We Weren’t Saving for Retirement Before, Now it’s Even Harder
Read more
Need to Skip a Loan Payment Because of COVID-19? Talk to Your Lender Now
Read more
Top 10 Money Saving Apps of 2020
Read more
5 Money Management Skills to Help You Improve Your Finances
Read more